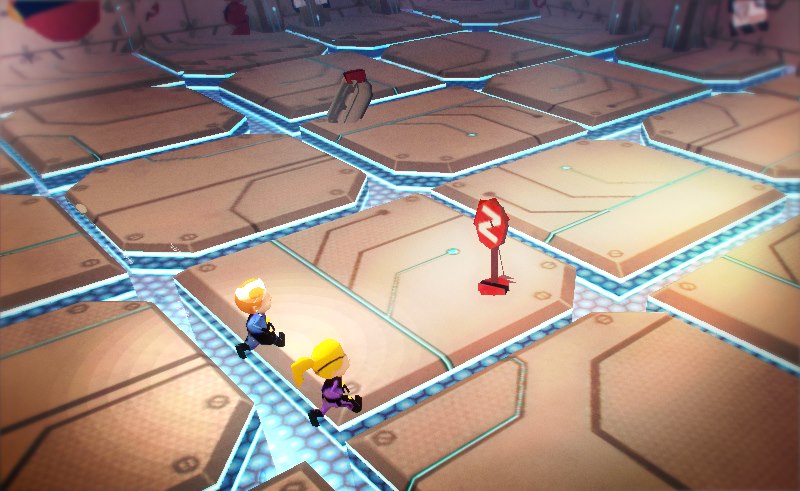 What is Operation Z ?

Operation Z is a two-player cooperative action game for tablets. It is playable in split-screen on a single tablet and it have been developed on Unity.

This game was created during my second year at Supinfogame, within two intensive weeks in partnership with the Belgian comics editor Dupuis.

The players’ goal is to get rid of the « zorgbugs » that invaded the SpirouZ (Dupuis’ Multimedia platform) and fix some infrastructures in 5 minutes. Their scoring will be determined by their total number of « zorgbugs » eliminated and the quantity of infrastructures repaired during this time.  In order to destroy the enemies, the players have to make specific input sequences depending on each enemy type. 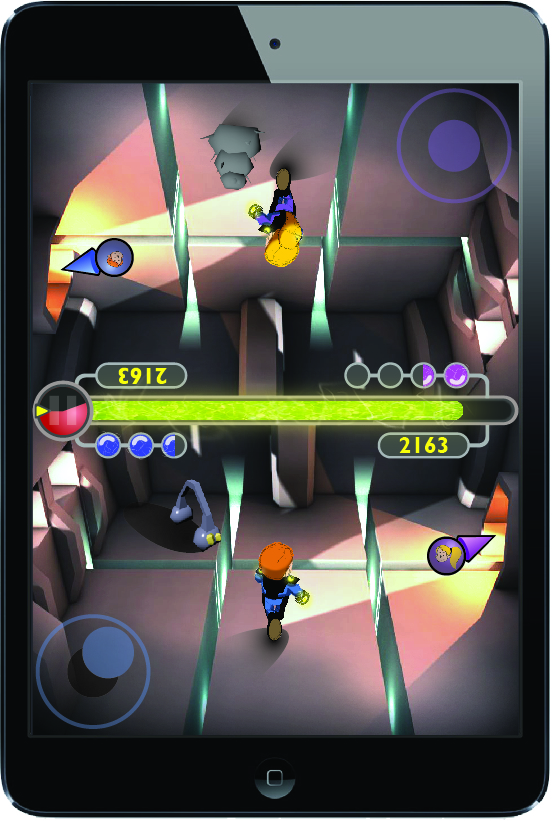 The players have normal attacks (slice and touch) and specific powers for each character. To create a strong bond between the players, these powers have been designed to be complementary and energy-dependent, which is shared between them. Consequentially, they have to manage this common resource and take care of each other.

They also have health points. If one player’s life fall to zero, he is out and must wait for his partner’s help to reanimate him. If the two players are out, the game is over.

In Operation Z, our intention was to create a dilemma between the security of staying in group and the risk to get afar from each other to get a higher score. 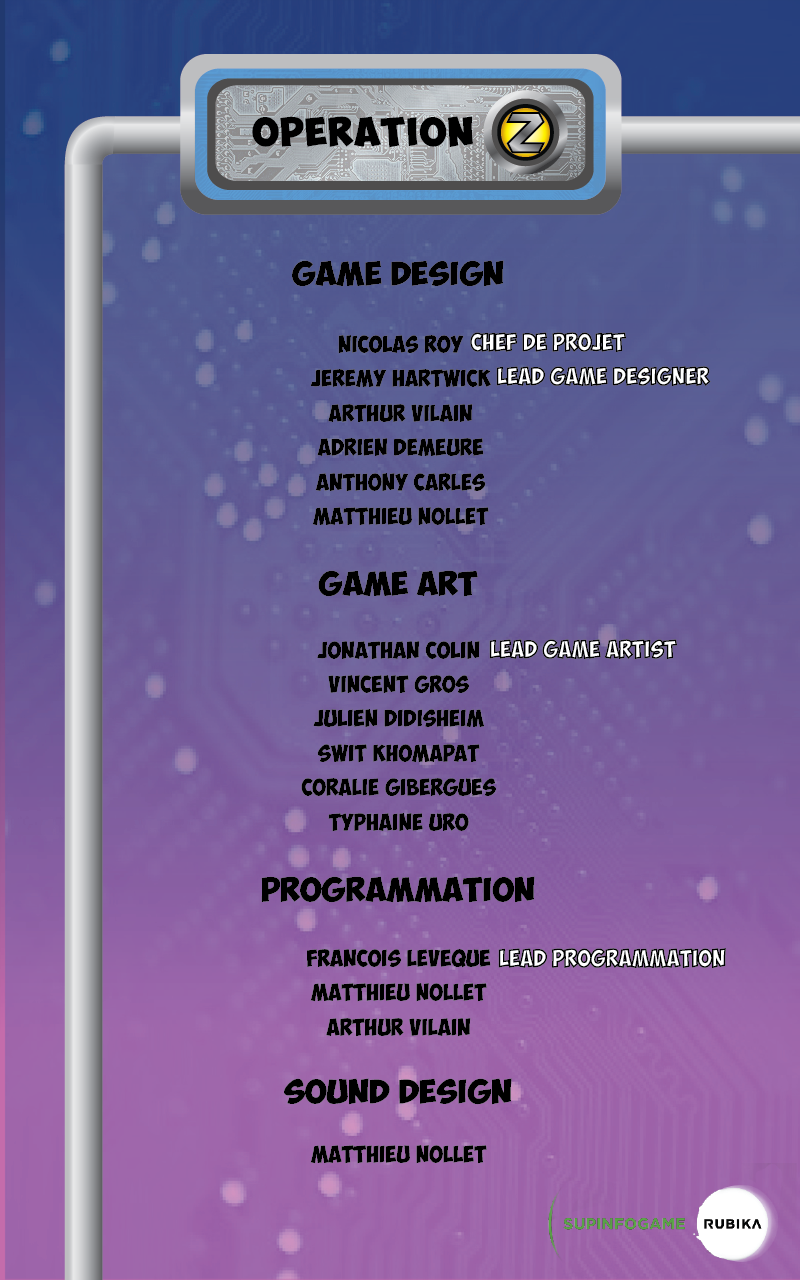 All the team of the « Operation Z » project

As you can see above, I worked on this project as a Lead Game Designer.

« Three is the magic number ». For the third time I worked on a 3D game development. This time we got only 2 weeks but our constraint was that the game had to be on tablet. From my point of view, making a 3D action game on tablet was impossible to do. I was partially wrong.

I thought it would be impossible to have enough power to calculate and display all the elements on the screen. But with an adaptive game design, a good code and poly optimization, we finally made it. That forced us, game designers, to fit with hard production constraints and was an utterly formative experience. Although we had to make a lot of sacrifices in term of game design and weren’t able to make any external playtests due to technical problems which delayed the production and the integration.

On the other hand, to work as a Lead Game Designer was an enriching experience. That improved my communication skills, my managing skills and allowed me to have a wider view on the production cycle, what we can hardly have as a simple game designer.

As a conclusion, I could say that even if we hadn’t polished the game as much as we would have liked to, this production has been encouraging and has reconciled me with 3D game development.