Act of Aggression is a techno-thriller real-time strategy game developed by Eugen Systems, a veteran French video game development studio renowned for producing high-quality real-time strategy games. The company gathers more than 50 talented professionals with in-depth experience in this field.  Act of Agression was released in August 2015 and draws its inspiration from « 90s Golden Age of Real-Time Strategy Games ». It won the Ping Award of best PC game of 2015.

The player can choose between three factions : the US army, the Chimera and the Cartel. The game propose a large panel of units such as infantry, light and heavy vehicle, choppers and planes; each having its own specificity. For example, infantry can be placed in neutral buildings to defend more efficiently strategic positions or to gather ressources stored in this building.

One of the game specitific mechanics is the superweapons, late-game mass-destruction weapons used to deal heavy damage on a large area. These superweapons can turn the table and can only be countered using anti-superweapon devices.

The development team was composed of more than fifty employees. I was part of the multiplayer game design team from the beta release in July to the launch and post-launch in September. I was in charge on various tasks such as gameplay design, balancing, level design on multiplayer maps, playtesting and providing UX recommendations to the team in charge of designing UI.

This work experience has been the occasion for me to get used to new softwares such as JIRA, Confluence, TorsoiseSVN and custom tools that the Eugen team use for work.

I also learned a lot about balancing and how to process feedbacks of the community and data on their games to improve the game balance.

Moreover, since I have been in charge of designing four mutliplayer maps, I have got a better understanding of how to use relief, ressources and the field of view to create strong level design dynamics. For instance, how the lack of clearly defined frontiers can generate conflict over certain areas on free-for-all maps.

Furthermore, this experience helped me to sharpen my knowledge in system design and how to use notions of time, space and information to bring more depth in existing systems. As an example, Act of Aggression uses a buy-on-credit system, which means that the player can start creating a unit or a building without having the ressources for it. These ressources are debited progressively and if insufficient, the production is freezed. This allows the player to optimize his production time by anticipating its incomes and also give more importance to harass since lowering the adversary’s income will delay his current production. 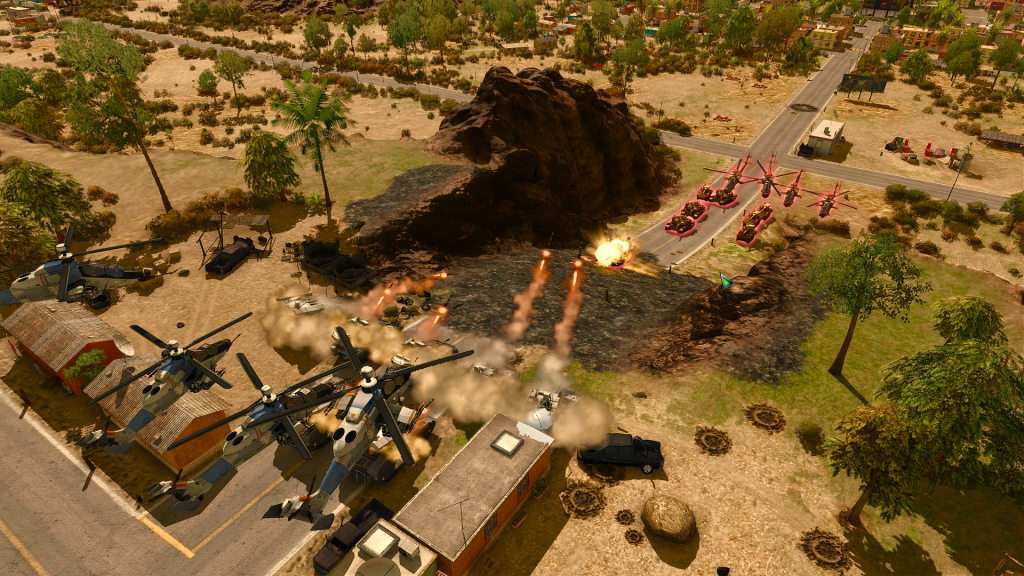 Screenshot of a fight on Faraway, a 2vs2 map that I designed during my work at Eugen Systems.