Afterward is a top-down action-RPG with a strong tactical dimension made on Unity 5 for PC. It targets hardcore-gamers looking for a tactical aspect in an A-RPG combat system. I developed it with six other students as our graduation project and we received the award of Best Student Game 2016 at the 16bit Awards organized by Playcrafting in New York. You can download the game on itch.io and check out Afterward-thegame.com to learn more about the the team.

Afterward takes place in a far future, long after a disaster submersed most of the land surface of the Earth. Humans returned to a tribal way of life and only few itinerant individuals, called the Shamans, have kept the knowledge of technology and are perceived as demi-gods by tribes.

The player embodies a female shaman who decides to explore newly emerged lands from which appear hostile techno-organic creatures. She fights and interacts with the environment by projecting on the field solid and persistent elements called « distortions », which inflict damage and repel enemies on impact. She can recall these distortions in order to regain the energy used for their creation.

The production of Afterward is led by three main intentions.

Dynamism which is conveyed through simple and responsive inputs. Also, every blow apply physical forces which creates movement in fight. Exaggerated animations, visual and sound effects are used to accentuate feelings of impact and movement.

Tactics that is present in combat through quick decision-making and management of the game space through positioning and crowd control.

Creating Ambiances that convey narration through visual and sound rather than text. As an example, take advantage of our camera inclination to show background landscapes that tease future game zones and expand our universe. 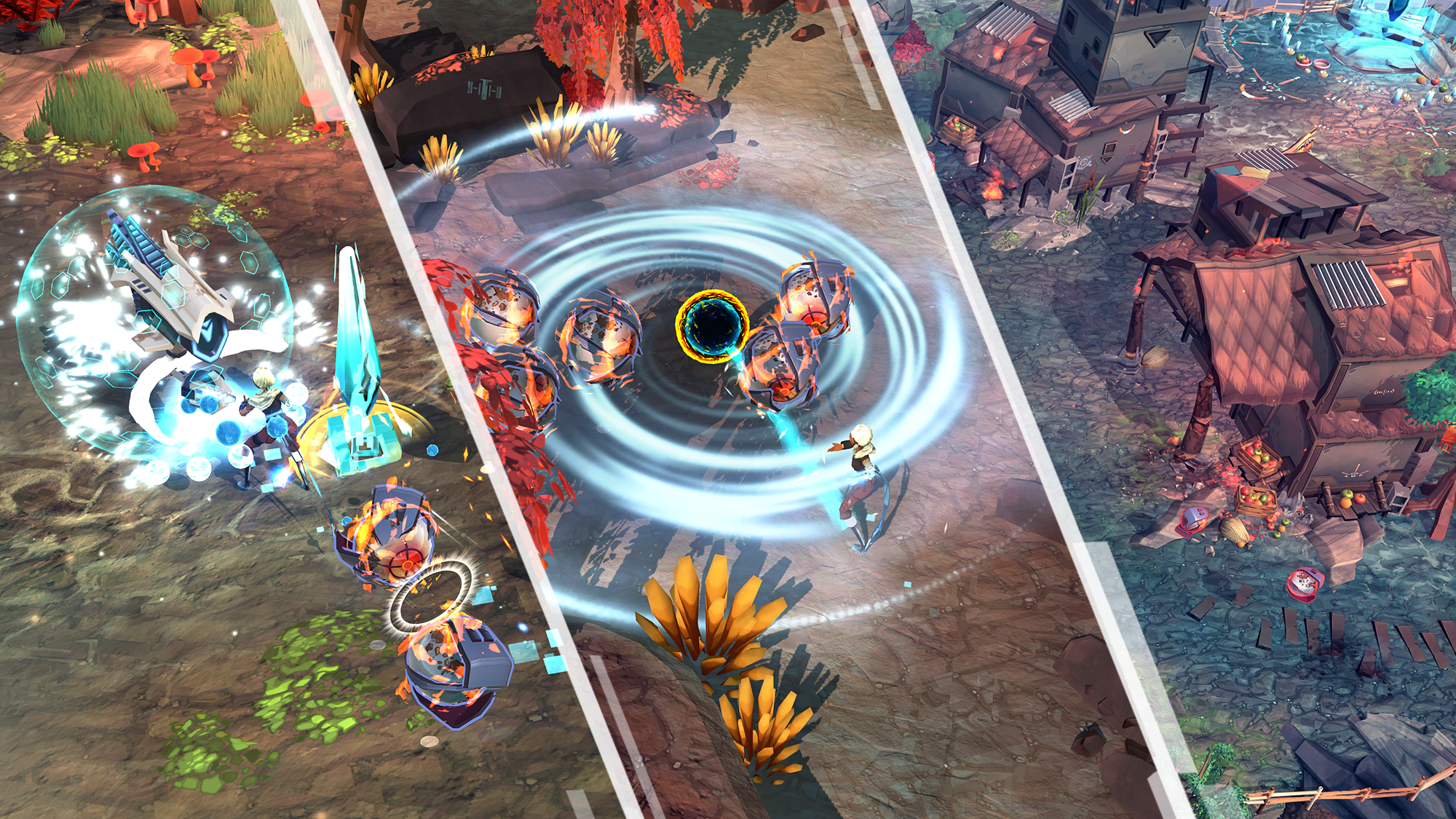 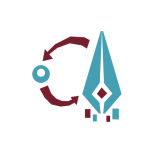 The core gameplay of Afterward is centered on distortions. They have four main uses. First, they deal damage and repel enemies on impact. Second, they are solid obstacles on the field that restrain enemies’ movements. Third, distortions generate an effect zone between them in which the avatar is stronger. Four, they can be used as energy supply to trigger various level design elements.

Around the core mechanic of distortions gravitate two auxiliary game mechanics: the thread and effect mechanics.

The first one consist in a thread connecting the avatar to each distortion. This thread is used to indicate visual signs and feedbacks relative to each distortion. But it also plays an active role in the gameplay since the thread can be broken by certain level design elements, which automatically recall the linked distortion. This is notably used during puzzles where the player is challenged on his aptitude to move the avatar in the environment without breaking his threads in order to keep some level design elements triggered.

The effect mechanic is the fact that the avatar can temporarily turn a distortion into a crowd-control-oriented form called « effect ». For instance, an effect can be a semi-circular wall that repel on impact or a vortex that pull enemies. 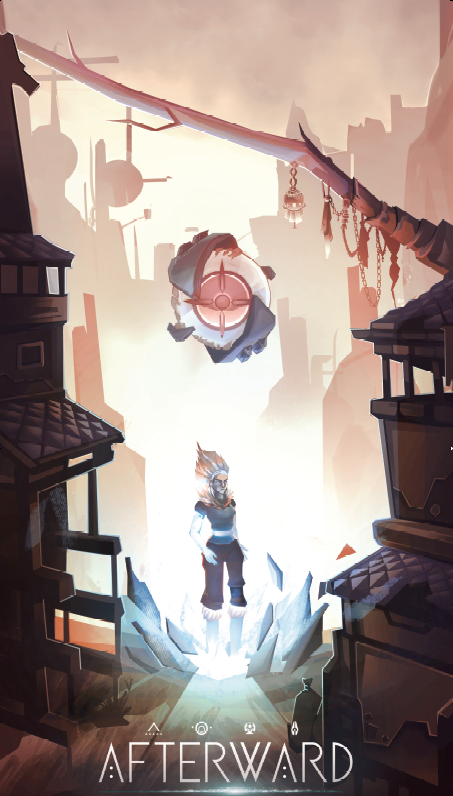 Afterward takes place in a far future, one thousand years after a cataclysm that submersed most of the land surface of the Earth. Following this disaster, human population had to take refuge in the heights and has been strongly reduced.

Most people lost the use of technology and slowly returned to a tribal way of life. Some rare individuals called Shamans have survived the apocalypse and obtained an extraordinary life expectancy. They kept the knowledge of technology and now live as lone travelers, perceived as demi-gods by tribes.

At the time of our story, the sea level has recently lowered, unveiling new lands from which appear hostile techno-organic creatures. Also, some Shamans have been found dead. The player embodies a female Shaman who decides to explore the new lands and uncover the truth about these uncanny creatures and the death of her fellow Shamans.

Our narrative intention is to focus on human reconstruction after an apocalypse rather than dehumanization. 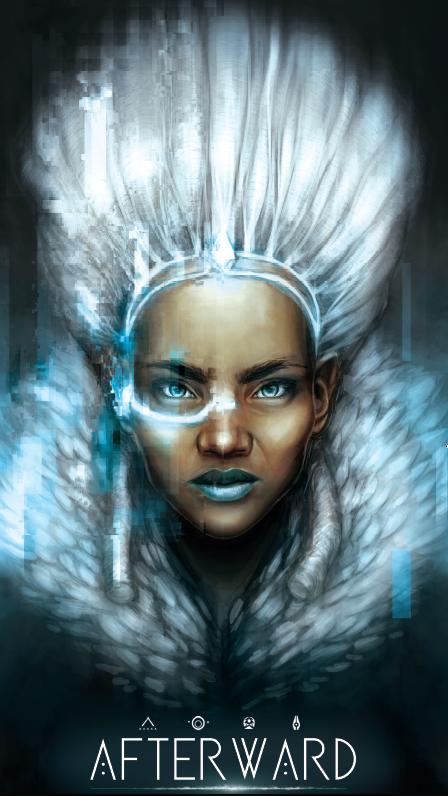 We are seven students working on Afterward.

Mathieu Bedu is taking care of the programming.

As Lead Game Designer & Scripter I am in charge of various tasks such as :