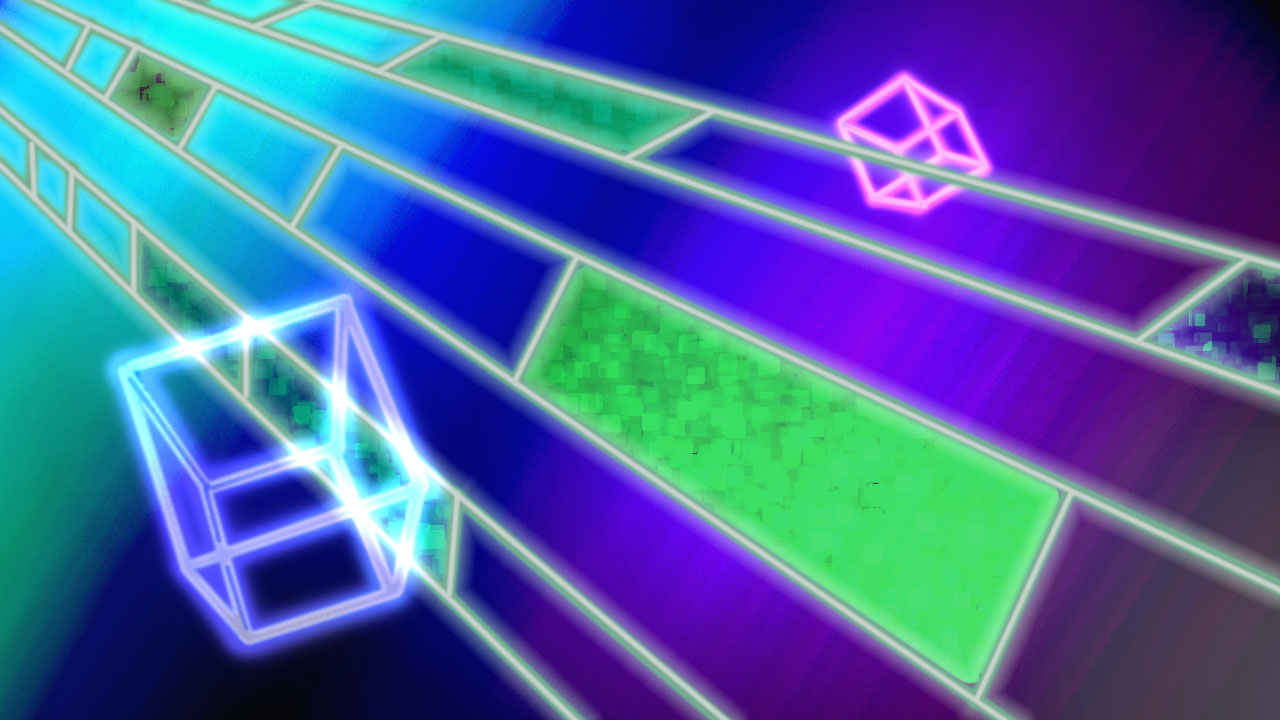 Crescendo is a concept developed in 5 days during the IGCC 2013 (9th Sep. – 13th Sep.) at Trident School of Information and Technology (Nagoya). It’s a touchscreen rhythm game with strong exploration mechanics that can be played in solo and multiplayer, and which uses social features. During this contest, we were asked to make an innovative concept of a free to play game playable on portable platforms. On this project, our team’s main intentions was to make a game that Japanese people could play in transportation and to take advantage of the crowd.

Since the monetization part of the concept was really important, we decided to use a top-down* approach in order to choose a game genre with strong predispositions to be monetized. We settled on the rhythm games genre by reason of it’s popularity in Japan and the fact that there are only few of these games available on tablet and mobile phones. Furthermore, rhythm games don’t require many computing power, and so fit perfectly the constraints of mobile development.

*Top-down: A game design iteration approach which consist in choosing an existing concept and modifying some of his mechanics in order to create a new experience. The opposite approach is the bottom-up which consist in creating a concept from scratch based on some core intentions called « verbs ».

The core gameplay is the following: the player has to enter inputs in rhythm by touching, swiping or drawing a shape on his touch-screen. Each successful input impacts the game background which gradually reveal an animated Japanese painting. The goal is to make the player feel as if he was painting it. To clear a level, the player has to reach a certain score at the end of the song. Depending on his performance, the picture will look more or less achieved. The player will be able to keep it as a trophy and a graphical representation of his score. Paintings can be accessed and watched through a specific section in the game menu. Furthermore, the player receives an amount of in-game currency (« Coins ») related to his score which he will be able to use to unlock new songs or to buy items in the game shop (for example, customization items for his avatar, bonuses, etc.).

Since there is usually no exploration in rhythm games, we decided to implement it in Crescendo. All songs are grouped by musical genre and organized in a vast web which is called the « World-web ». At each nod of the web is placed either a song or a treasure (which contains bonuses, items or coins) or an extra (special content such as interviews, documentaries, etc.). A fog of war hides the parts of the web which are too far away from the player. The more nods a player has cleared, the larger his field of vision will be. When he first launches the game, he is randomly placed on one of the multiple starting points on the outer side of the World-web. By unlocking new songs and clearing them; he unlocks parts of the World. Only songs which are directly linked to cleared ones can be unlocked. The closer the player gets to the center of the web, the harder the challenge get.

When the player clears three or more songs next to each other, he creates a « chain ». Some specific nods require to be connected to a chain of a certain length to be unlocked. Also, some small parts of the web can only be unlocked by paying with real money (« Gold »). If the player connects a chain to a paying nod, he will be able to buy it at a discount. The longer the chain, the better the discount.

When we created this concept, we wanted to take advantage of the crowd in our gameplay and drew inspiration from the 3DS streetpass. We designed a data transmission system based on Bluetooth that could exchange game data between phones when players pass by each other. Thanks to this system, each player receives information each other’s stat. During this exchange, each player will receive two random cleared songs from each other. However, this exchange is only possible if each player hasn’t come across either of the two songs during his playthrough. Once the exchange has taken place, the next time the player launches the game, he will receive a notification and be given the choice between one of the two songs he receives. When the player has made his choice, he  is given one chance to beat the other player’s high score on this particular song. If he succeed in beating this high score, the song his cleared and added to his World-web. So, coming across and beating other player’s high scores helps exploration since it allows the player to clear songs outside of his field of vision.

At first, the player can only exchange with 3 people a day but this limit can be raised through shop items.

Crescendo is designed for an economic model mixing classic free-to-play model and a partnership with music producers.

The free-to-play part is based on an in-game shop which sells customization items, avatars, bonuses (such as extra coins), etc. Two types of money can be used in this shop: the Gold which can be obtained by microtransactions and Coins which are gained in-game. Gold is paid by bundles as it is the case in League of Legends. Most of the goods can be paid with either Gold or Coin, but the price in Gold is always lower than the one in Coin so the player is encouraged to pay but still has the choice of not doing so. The items which cannot be bought in Coins are always be cosmetic so as to make the game fair for all players. Not paying makes the progression slower but never restrains the player.

Also, there is a daily bonus which gives extra Coin to the player the first time he plays each day.

Concerning the partnership with music producers, the game will provide them with free advertising through the extras, the customization items and in-game special events organized for the release of new albums.