Worship is a tower defense/puzzle game being made with Unity 3D where the player must build his own gaming field during the game using tetramino-shaped lands (tetris-like shapes composed of four squares). On these lands, the player can build towers in order to defend his totem from the enemy’s assaults. Each land gives a bonus to every tower built on it. However, the color of the land (red, green, white or multicolor) determines which bonus the towers receive.

In Worship, the map is divided into two types of terrain: the first terrain consists of the areas where the player cannot build his towers. These include the entirety of the sea and obstacles such as rocks. The second terrain includes all of the landmasses in the game. These are divided into islands and lands, and the player can build his towers on top of them. Islands have no special properties, but the player can extend them by placing lands next to them. They can only be positioned on the sea next to another landmass. There are different land shapes, each with its own bonus. Nonetheless, there is one condition: the player cannot place lands on top of one another so he has to choose their position wisely. 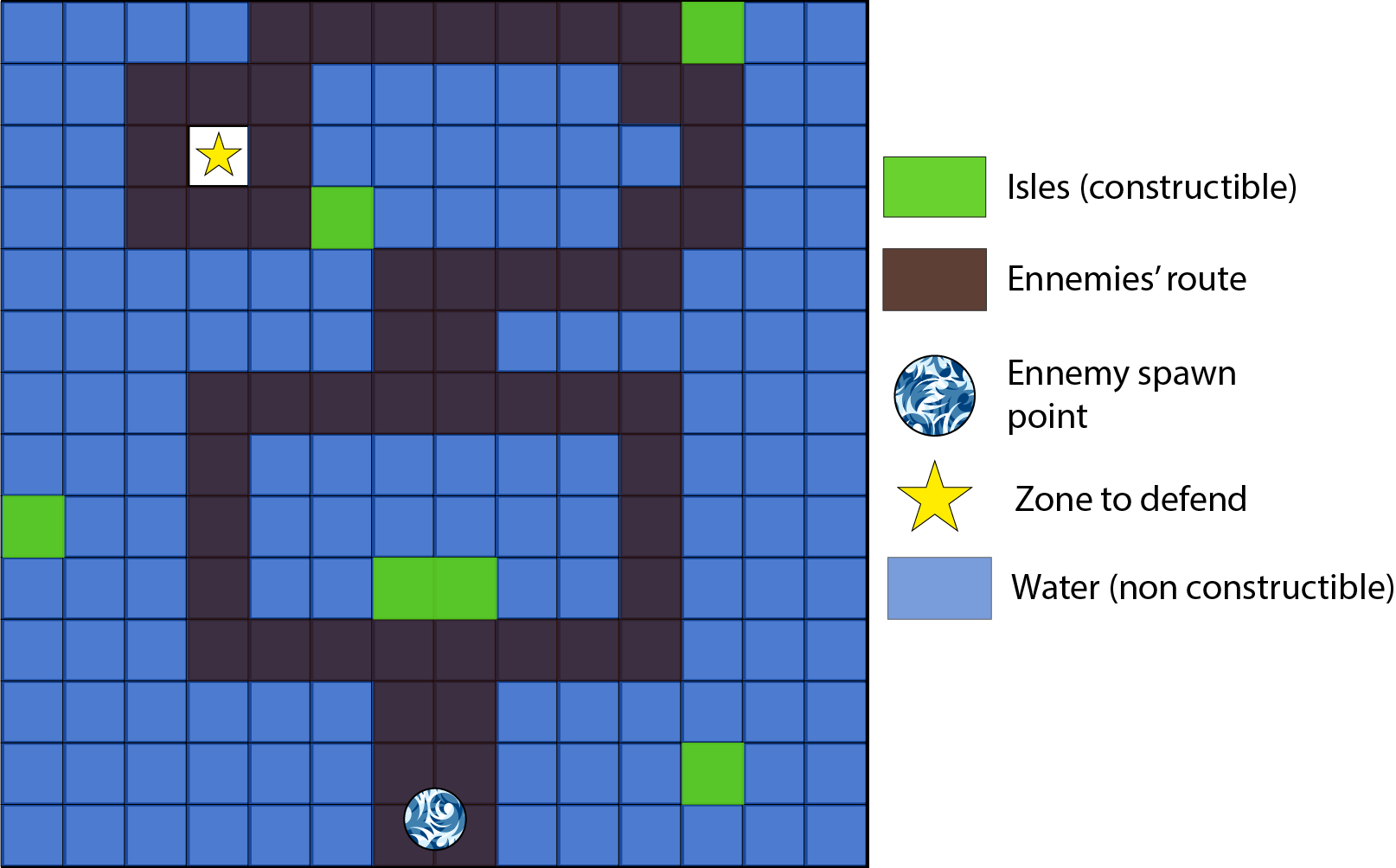 Below, you can see a GIF of a test scene in our prototype. There still are many placeholders and temporary visual elements but it gives you an idea of how the game looks like. Also, for debugging reasons, the enemies turn around in circles in this test scene, but they will of course advance towards the totem in the final version of the game.

The artistic pole is composed of Myriam Dufrier and Inès Robin.

The project management is made by Dante Medina and I take care of the programming.

As a game designer, I designed the base concept and I am in charge of the vision holding. I also take part in various tasks such as the design of the 3Cs (camera, character, controller) and UI design. In addition, I am in charge of the whole programming aspect of the game and of its level editor.